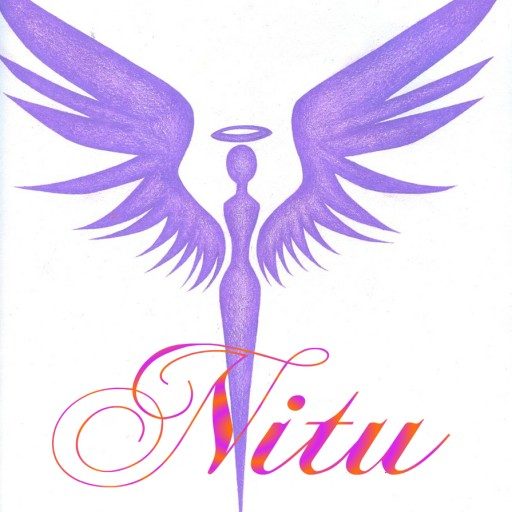 Sufferings From Black Magic- Even After Reincarnation

The Ultimate Destination To Self Love

Sufferings From Black Magic- Even After Reincarnation

‘Black Magic’- a phrase denotes magic done through negative powers to harm someone physically, emotionally or spiritually. If someone, with bad intentions, does black magic on a person, then a negative black aura surrounds and wrap the affected person to empower him/her with negativity and it becomes a hindrance between him/her and positive divine powers, so that the positive thoughts and divine blessings will not be able to reach or even touch that affected person.

The question  is: Is ‘Black Magic’ so powerful that it can affect life after life or after reincarnation? The answer is: Yes, it can. It will be clear to you after reading the story of a girl who really suffered.

A little dark complexioned, tall, having athletic kind of body, well dressed but a bit egoistic or you can say arrogant girl came to my clinic one day. She was in her thirties. Her name was Nia. She seemed not much interested in Past Life Regression Therapy, just came to know, “Is this therapy really works?” Moreover, her mother insisted her to try Past Life Regression as she believed in PLR therapy, being my client. She tried everything, say, tantra and mantra healing, astrological remedies and so on, to find a life partner but failed. Very practical, analytic and left brained looking girl surprisingly fell into the trance state within twelve minutes on a comfortable couch in my clinic.

The moment I guided her to go to her past life and instructed her to look down on the floor and on her feet, she responded instantly, “Its a street made up of bricks…and…I have worn Punjabi Jutti (An Indian footwear) on my feet.” I inquired,” What dress are you wearing? Are you a male or female? What is your age?” “I’m wearing a traditional Punjabi suit with gota and dupatta (A traditional Punjabi/Indian dress)…I am a simple Punjabi girl, my age is around twenty one…walking on the street…towards my home.” She replied. I took her to her house to know about more details and asked who all were in her house. I can see her eye balls scanning under her eyelids as if she was wandering around and surprisingly saw her own uncle and aunt in her present life as her mother and father in her past life whereas her paternal grandmother was the same. She saw an old house in Punjab, India, during nineteenth century. When she entered, she saw that her grandmother was cooking (her grandmother was same as her present life’s). Nia said,”My paternal Uncle is there and my Aunt (my uncle’s wife) is also there…but they are not my uncle and aunt…they are my parents…my aunt is glowering at me…she doesn’t like me.”

Actually, she found her present life’s paternal Uncle and Aunt in her past life. Sometimes we instantly recognize in past life whom we know in our current life, if the vision is very clear, sometimes it takes some moments to understand. Usually, I have to say to the regressed person, “Recognize that person you are seeing in your past life, face may be different, gender may be different but soul can recognize another soul by looking into the eyes.” In Nia’s case, the situation was different. She recognized first who were they, in front of her, later she came to know that they were her parents in her past life. It showed that her vision was immeasurable.

“Why she doesn’t like you?” I asked after a while. She replied, “Because she is my step mother..my real mother is no more.” Before I inquired more, she continued, “Reeta is also there (Reeta was her cousin sister from the same uncle and aunt in her current life)…she is my step sister. No body loves me. My step mother curses me all the time. She always says, you will live alone and you will die alone.” I took her to an important event of her past life. Her face exhibited a blend of sadness and fear. Her facial expressions told me that she was living that moment again, “My step mother curses me…she is saying that I should die..I am like some unwanted material for her..she doesn’t even like to see me…” I asked with a sigh,”Isn’t your father stopping her. He is your real father…and what about your grandmother.” She said,”Nobody can say anything to her…she dominates..she likes everyone else…but for me…she has no feelings..she hates me..” “What happened next?” I wanted to know. She stated,”She sealed me in a dark store room with no window and no light at all…I am crying..begging in front of her…don’t put me here..please…what I have done to you…why you are doing this to me..” Tears rolled down from her eyes to her cheeks and mine too. Her pain came out from her heart and from her subconscious mind, repressed for years, in the form of tears. I could feel the pain she had suffered years ago and living again, now in my clinic.

I controlled my emotions and asked,”After putting you in the store, where is she? Has anyone opened the door?” “No, but she has gone somewhere to do black magic on me” She replied. I took her soul to chase her step mother and to know where she had gone and what she had done. Nia saw everything,”She is doing black magic with someone…a Baba (the man who does black magic) is there. He is chanting something…some bad mantras. He is giving some ‘ash’ to my step mother..he is saying something…he says, mix it in milk and give it to your step daughter..she will not be able to get out of her bed..and will die soon…alone.” Nia’s step mother returned home.

“My step mother opened the door, she has a big glass of milk in her hands….she is showing so much affection and love for me, you would be so hungry, have this milk….I know why is she doing this…I will not drink this milk…no…I will not…she is forcefully putting the whole glass of milk in my mouth..more than half of this glass of milk is inside me.” She started gasping and could taste the milk with yuk kind of feeling. Most probably that was the reason she hated milk in her current life. Anyway, black magic started working on her.  She caught fever and had been on bed for about a month. She never recovered. At last, the day of her death came. She was all alone. No one in her family even liked to see her. She was in pain, wanted to leave that body soon. Ultimately, She died. Her body floated above. She sighed with a feeling of relief, “I am feeling so relaxed..all the pain has gone.” “What lesson did you learn from that life?” I asked. She said,”Fight for your Right.” That was what she was doing in her current life. That was the reason she seemed to be so arrogant, but in fact, she was not.

The continued affect of that black magic done by her step mother in her past life was unbelievable. She was suffering the same state of loneliness in spite of having a loving family in her present life too. The circumstances of her life dragged her to the same situation. She was all alone, longing for her life partner. She still remembered the harsh words of her past life’s step mother,” you will live alone and you will die alone.”

She came for second session after a week. In that session of PLR Therapy, some more secrets of her current life revealed. With the blessings of divine power, with her bulldog spirit and with my guidance, we succeeded to undone the affect of that black magic in her present life.  When I checked her aura, which was extremely negative before the first Regression therapy, was absolutely clean after that second session! She was amazed to see that much positive effect in just two sessions of regression. She was free from the affect of black magic done by her step mother in her past life, but continued to affect her current life. She is going to be married soon.

All the very best for her happy future with her life partner!

To all the readers: Stay blessed, stay happy, always!

This Blog is for informational and educational purposes only. The information provided is not intended to be a substitute for professional psychiatric treatment. Visiting this blog this does not create a therapeutic relationship with Nitu Singh or imply that one has been established with him. In no event shall Nitu Singh be held responsible for any negative consequence to the reader resulting from the reader’s use of this material.
Whilst every effort will be made to keep the information up to date and correct, there are no warranties, either expressed or implied, that guarantee the accuracy, reliability, accessibility or suitability of the information provided. In addition to this, in keeping with the dialectic nature of conceptual discourses and truth, my opinions and perspectives may change and evolve over time.